Over a dozen community leaders gathered today to denounce the use of anonymous “push polling” launched against California Democratic Party Vice-Chair David Campos in his race for State Assembly.

The push poll recorded by a Campos supporter uses “racist tropes that could easily be out of the mouth of Donald Trump,” said Jeffrey Kwong 鄺恩龍, and board member at the Harvey Milk LGBTQ Democratic Club.

“Push Polling” is a standard practice of right-wing campaigns. It is used as a way to communicate negative and untrue information in the guise of a public opinion poll.

In the push poll Campos is described using a number of racist tropes including describing him as “impulsive” and “unprofessional.”  Campos graduated from Stanford University and earned his law degree at Harvard. He is the elected vice-chair of the California Democrat Party, served 8 successful years as a San Francisco Supervisor and helped coordinate Covid-19 emergency response in the Bay Area’s most populous county.

“To label a highly accomplished Latino who is also a member of the LGBTQ community as ‘unprofessional’ and ‘impulsive’ is an obvious dog-whistle. But this is the only game these  unregulated mega donors know — to smear candidates that have independence and integrity. They believe spending millions will determine the outcome of this election.

They picked the wrong candidate to attack this way.  We are united to condemn their lies.” said BART Board Director Bevan Dufty.

“David is a tremendously accomplished individual in spite of challenging circumstances. He has attended Stanford and Harvard University, he has directed many important efforts including COVID-19 relief. Calling him unprofessional is the language used to diminish leaders of color and we have to call that out” said Shanell Williams of the SF Democratic County Central Committee.

The push-poll also falsely stated that Campos was in favor of “abolishing the police department,” another Trump-like attack.

“Trumpian attacks and bullying have no place in San Francisco. These dog-whistle racist tactics gaslight people of color, and set us back from the very critical public safety and social justice reform David has fought for his entire public service career. It is time for all of us to stand united with David and against hate.” said San Francisco District 1 Supervisor, Connie Chan 陳詩敏.

Because the attacks were not legally “disclaimed” saying who paid for them it is not possible to know if they come from another candidate or an outside organization.

The push poll makes a number of other false statements – including the statement that he built “no affordable housing in the Mission when, in fact, he negotiated with developers to require over 700 affordable units in his district alone and helped make possible thousands of affordable units city-wide.

The “poll” also falsely claims Campos “did not accomplish anything” on homelessness when he opened the city’s first Navigation Center at 1950 Mission Street and as Chair of the San Francisco Democratic Party he fought to pass Prop. C, which led to hundreds of millions of dollars for homeless services.

Campos said, “I will debate my record standing for working families with any opponent brave enough to show their faces. Stop hiding – and let’s start debating.” 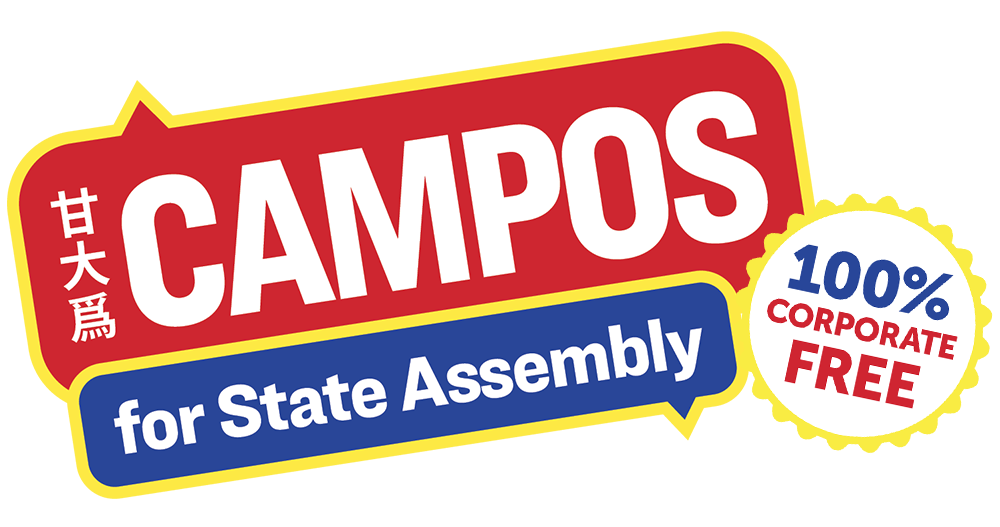